Recently for our school art show I was asked to supervise the Year 5 combined artwork. Every child in the year (48 kids from several classes) would participate, and the artwork would be auctioned off to the highest bidder (presumably a parent).

I decided that individually decorated matchboxes would be nice, and over several days I tossed around ideas. However, it wasn’t until I remembered A.A. Milne’s poem “Forgiven” that I was truly inspired. Here’s the finished product:

Nanny let my beetle out…

To introduce the concept, I began by reading the poem to all the kids. I gave a quick demonstration of how to draw a beetle, pointing out the parts of a beetle’s body structure, and I handed out a range of examples. The kids quickly got started on their draft drawings, then began sketching their chosen beetle onto a matchbox. (I had earlier painted the front surface of each box with undercoat.) They finished them off with a fine black permanent marker and coloured textas. Just look at what beautiful work these students did! 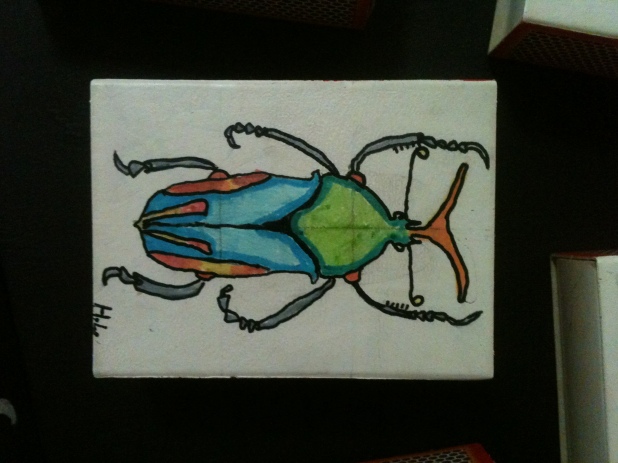 Stunning beetle drawn by a 10-year-old 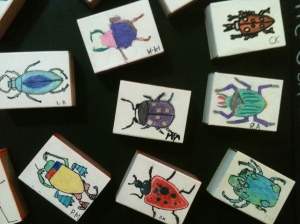 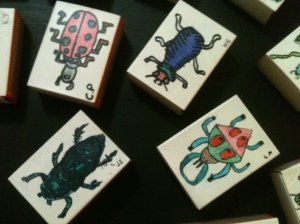 I had already bought a black frame from an op-shop for $5, so all I had to do to finish off was paint the backboard with black chalkboard paint, write a few quotes from the poem around the edges, and add an “escaped” plastic beetle. Each matchbox and the beetle is just stuck on with PVA glue. 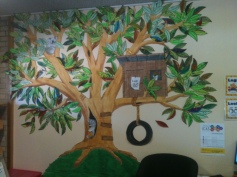 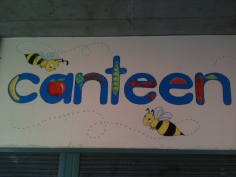 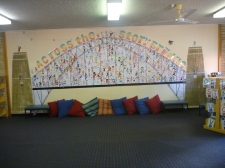 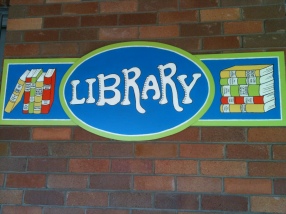 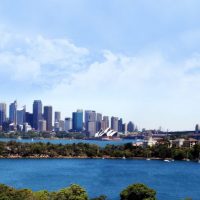